Oxford, UK. GENinCode Plc (AIM: GENI), the predictive genetics company focused on the prevention of cardiovascular disease (“CVD”) and risk of ovarian cancer (“OC”), announces jointly with the British Medical Journal (“BMJ”), the ALDO publication in the Journal of Medical Genetics. ALDO is an NHS national pilot surveillance programme for women with pathogenic germline variants in BRCA1 and BRCA2 inherited genes. The results showed that surveillance of OC using the ROCA Test down-stages OC, leading to a high complete tumour removal rate which improves outcomes for patients, and is cost-saving in an NHS setting. The ROCA Test is a blood test that assesses a woman’s risk of having ovarian cancer. The results concluded that whilst preventative surgery remains the recommended route for BRCA mutation positive women, the ROCA-based surveillance test may be considered a short-term option for women deferring such surgery.

The ALDO project is a partnership between the North Central London Cancer Alliance, and Abcodia Ltd (now owned by GENinCode Plc). The partnership was formed in 2017 as part of an NHS-industry challenge to improve the early diagnosis of cancer. The project set an objective of establishing further clinical evidence for the performance and cost-effectiveness of OC surveillance using the ROCA test, in women with pathogenic BRCA1/2 variants who had deferred risk-reducing surgery. The proprietary algorithm calculates a woman’s individual OC risk based on a number of factors including cumulative CA 125 blood test results, age, menopausal status and the presence of a BRCA1 or BRCA2 gene mutation. The CA 125 blood test is a widely available across global healthcare systems offering the prospect of easy adoption of the algorithm.

875 female BRCA1/2-heterozygotes were recruited through 13 UK NHS genetic centres, or via an online media campaign, with 767 women undergoing at least one four-month surveillance with the ROCA Test. Abnormal ROCA results referred women for repeat ROCA testing or a Transvaginal Ultrasound Scan (TVUS). Surveillance performance was calculated by assessing the presence of OC confirmed at surgery. In an economic analysis, the incremental cost-effectiveness ratio (“ICER”) was also calculated.

The results showed that OC surveillance for women deferring RRSO in a ‘real-world’ setting is feasible and demonstrated similar performance to the earlier research trials. Surveillance down-stages OC, which enables a more complete cytoreduction, therefore improving patient outcomes and is cost-saving in the UK setting. Whilst preventative surgery remains recommended management for preventing OC, surveillance with the ROCA Test can be considered as a short-term option for BRCA-heterozygotes deferring such surgery.

Click here to read the press release from the BMJ.

Matthew Walls, Chief Executive Officer of GENinCode Plc said: “Following the recent acquisition of the Abcodia business and ROCA Test, we are delighted with today’s publication and the BMJ announcement of the positive ALDO outcome. Importantly, we hope that this publication will support NICE as it continues with its development of comprehensive guidance for women at risk of or suffering from familial ovarian cancer and enable the NHS to take advantage of the forecast cost saving benefits.”

Ovarian cancer is disease that originates in the ovaries, or in the related areas of the fallopian tubes and the peritoneum. Women have two ovaries that are located in the pelvis, one on each side of the uterus. The ovaries make female hormones and produce eggs for reproduction. Women have two fallopian tubes that are a pair of long, slender tubes on each side of the uterus. Eggs pass from the ovaries through the fallopian tubes to the uterus. The peritoneum is the tissue lining that covers organs in the abdomen. Some mutations (changes) in certain genes e.g. in BRCA1 and BRCA2 can increase your risk of developing ovarian cancer.

When ovarian cancer is found in its early stages, long term survival is improved due to more complete tumour resection and more effective treatment. Ovarian cancer is difficult to diagnose through symptom presentation, as the symptoms are vague and present very often only when the cancer has spread beyond the ovaries.

Ovarian cancer ranks fifth in cancer deaths among women, accounting for more deaths than any other cancer of the female reproductive system. The American Cancer Society estimates for ovarian cancer in the United States for 2022 are:

The ROCA Test offers surveillance for women with a BRCA1 or BRCA2 mutation who are not ready to undertake risk reducing surgery. To read more about the ROCA Test, see www.therocatest.co.uk

Cardiovascular disease (CVD) is the leading cause of death globally, taking an estimated 17.9 million lives each year. CVD is a group of disorders of the heart and blood vessels and include coronary heart disease, cerebrovascular disease, rheumatic heart disease and other conditions. More than four out of five CVD deaths are due to heart attacks and strokes, and one third of these deaths occur prematurely in people under 70 years of age.

The most important behavioural risk factors of heart disease and stroke are unhealthy diet, physical inactivity, tobacco use and harmful use of alcohol. The effects of behavioural risk factors may show up in individuals as raised blood pressure, raised blood glucose, raised blood lipids, and overweight and obesity. These “intermediate risks factors” can be measured in primary care facilities and indicate an increased risk of heart attack, stroke, heart failure and other complications.

Cessation of tobacco use, reduction of salt in the diet, eating more fruit and vegetables, regular physical activity and avoiding harmful use of alcohol have been shown to reduce the risk of cardiovascular disease. Health policies that create conducive environments for making healthy choices affordable and available are essential for motivating people to adopt and sustain healthy behaviours.

Identifying those at highest risk of CVDs and ensuring they receive appropriate treatment can prevent premature deaths. Access to noncommunicable disease medicines and basic health technologies in all primary health care facilities is essential to ensure that those in need receive treatment and counselling.

CVD causes a quarter of all deaths in the UK and is the largest cause of premature mortality in deprived areas and is the single biggest area where the NHS can save lives over the next 10 years. CVD is largely preventable, through lifestyle changes and a combination of public health and NHS action on smoking and tobacco addiction, obesity, tackling alcohol misuse and food reformulation.

Genetic risk assessment can help early detection and treatment of CVD to help patients live longer, healthier lives. Many people are still living with undetected, high-risk conditions such as high blood pressure, raised cholesterol, and atrial fibrillation (AF). Progress continues in the NHS to identify and diagnose people routinely knowing their ‘ABC’ (testing and monitoring of AF, Blood pressure and Cholesterol) set out in the NHS 10 Year plan. 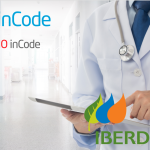 We use cookies on our website to give you the most relevant experience by remembering your preferences and repeat visits.

By clicking “Accept”, you consent to the use of ALL the cookies. However you may visit Cookie settings to provide a controlled consent. You can get more information in our .

Any cookies that may not be particularly necessary for the website to function and is used specifically to collect user personal data via analytics, ads, other embedded contents are termed as non-necessary cookies. It is mandatory to procure user consent prior to running these cookies on your website.